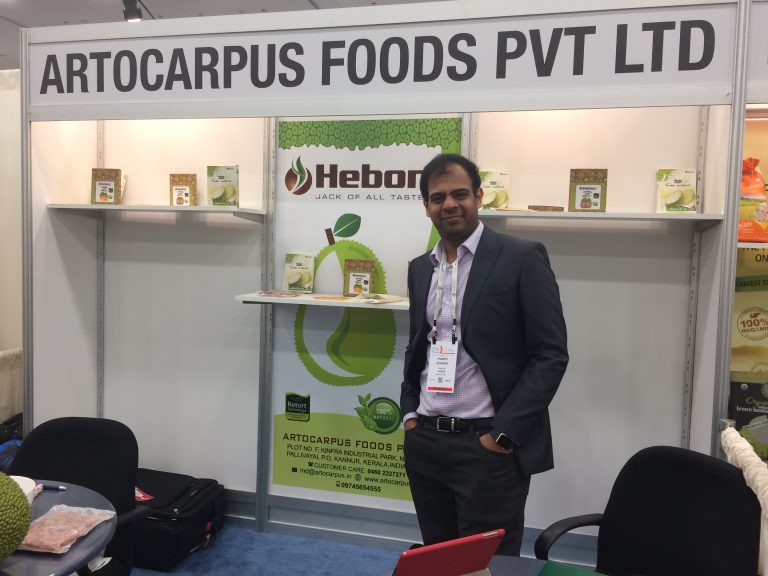 There are a number of companies at the Natural Products Expo West 2018 that center their entire operation around one ingredient. I saw quite a few booths from companies dedicated to coffee beans, coconuts, honey, or even collagen. These brands are very passionate about the potential and versatility that their products have. One of these companies was Hebon, who centers their operation around jackfruit.

Hebon’s slogan is “Jack of all Taste,” because the jackfruit is used in so many different types of dishes. Hebon manipulates the fruit for either savory or sweet flavors, depending on the ripeness. 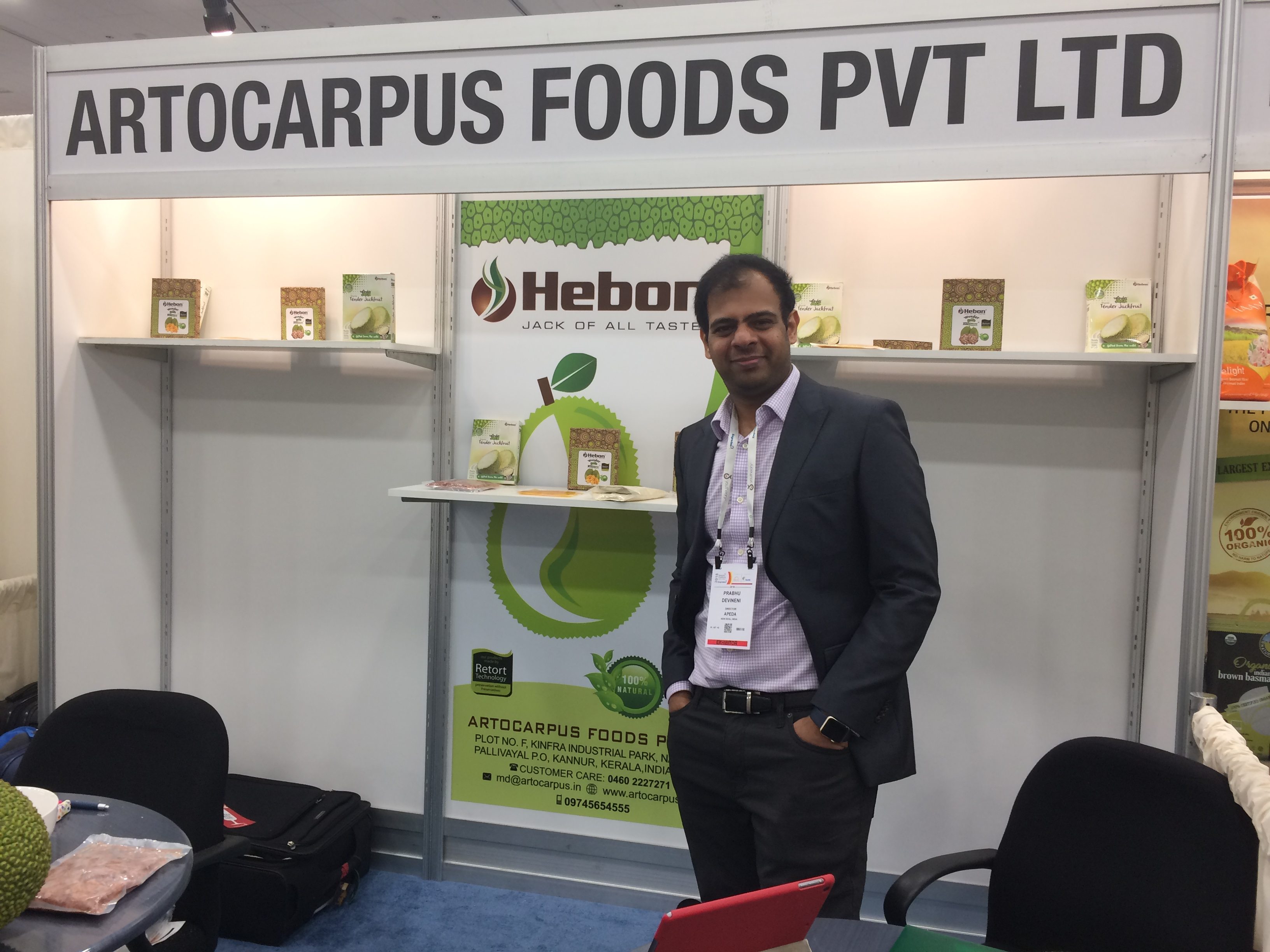 This is Devineni Prabhu, who I had the pleasure of meeting at Expo West. He explained how jackfruits are versatile and can serve as meat substitutes. The fruit naturally has a meaty texture and tastes a bit like pulled pork. For vegetarians, this can make a great replacement for meat. It’s especially useful because it contains a lot of protein, which can be difficult for non-meat eaters to get into their diets.

Looking at jackfruits, you wouldn’t think that they would be very useful. The outside shell is very hard, a little spiky, and they are huge! Devineni had a couple jackfruits on display at Hebon’s booth, which he let my coworkers and I hold. Jackfruits are the largest fruits grown on trees and on average weigh about 20 lbs, but can grow up to 100 lbs (or 45 kg)! 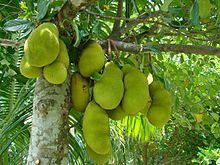 Jackfruit is very filling. Other than protein, it also holds a lot of fiber, which makes it the ideal fruit for gaining energy. It’s actually very well-rounded in its nutrients. It contains significant amounts of potassium, calcium, iron, and vitamins A and C.

Because its flavor and texture are so versatile, Hebon uses jackfruit to make curry, stir fry, jam, juice, ice cream, and even flour. Depending on when farmers harvest them will determine how they will use them, but no matter what they will still have all the dietary benefits.

If you’re interested in Hebon’s various jackfruit products, you can check out their website. They have meals, pastas, and flours all made from jackfruit. Hebon is India’s first jackfruit industry, and they support farmers and their communities through fair trade practices.

Sign Up to Receive Our Catalog. Get Started Now!